Likely a play on The Velvet Underground’s White Light/White Heat, Social Distortion’s White Light, White Heat, White Trash is a coming of age confessional from Mike Ness and the band. From the contrite lead-off single I Was Wrong we get the sense that it’s time to fess up, something that lead singer/songwriter Ness seems eager to do. After spending time in and out of prison and rehab for his heroin addiction, Ness is using the four-year delay since Somewhere Between Heaven and Hell to sing about his pain, but also his awakening spirituality and self-realization.

With Untitled, Ness writes “you helped me hide my shame” and “once in a lifetime, twice in eternity – and nothing else matters anyway.” Is he writing about faith? About divine guidance? It seems so, and his spiritual yearnings continue with When the Angels Sing (a departed loved one?) and Down Here with the Rest of Us. Ness seems aware that he’s in a better place and issues a warning to others with Don’t Drag Me Down – a nitro-powered rocker that is likely as much self-affirmation as it is a warning. Certainly, someone with his history of drug addiction and problems with the law would realize that they were always only a small mistake away from losing it all again. Up until this album, Social Distortion had been a punk band with an American roots influence, with honky-tonk country and rockabilly never far from the surface. With this album however they played it heavier, straighter, and with a tighter sound than ever before. It’s polished for sure, but never overdone.

The painful Dear Lover starts with chords so labored that they almost sound resigned to defeat. Ness’s raspy wail lets us know that yet another relationship has ended in ruins in grinding three chord fashion. “Up against the wall, why does love always have to hurt?” And while I Was Wrong has been crafted for radio, that’s not a bad thing. It not only stands out from the “I’m sick of waiting my turn” pseudo-punk songs of the day, but it opened Social Distortion up to a new demographic. It’s still heavy and hasn’t strayed that far from Social D’s sound. And isn’t Punk Music music that doesn’t care? Ness certainly doesn’t. If it’s not cool to apologize or to wonder if someone up there likes him, he does it anyway.

Ness’s guitar work has never been fuller or heavier than on this album. Most of the guitar sounds as if it’s been recorded on “11” and the feedback is barely under control, especially during his blistering solos. Even cover songs get the Ness guitar treatment. The band has covered songs on past albums, and this one is no different, with an updated version of the Stones’ Under My Thumb driving at double speed.

While the album charted higher than previous albums, mainly on the strength of I Was Wrong, critics have complained that the band had “sold out,” but in fact, this was Social Distortion’s most complex album to date.

Through These Eyes, Untitled, and Down on the World Again are all powerful rockers, and do what Social Distortion does best; show that they don’t fit in. While they may not fit in, the band, or Mike Ness, is taking responsibility for where they are and how they got there. The band is maturing on this album, and while it is still punk, it has a self-awareness that was missing from the first few albums.

Scott McKinnon (Oakville, Canada) has been listening to music since the late 60’s starting with a suitcase phonograph that he still misses. He has played guitar for thirty years and doesn’t always hate the sound of his own voice. He road managed a band in the early 90’s and knows that February isn’t the best time to travel the prairies.

Scott currently owns a carpentry business where he reclaims wood and builds furniture. 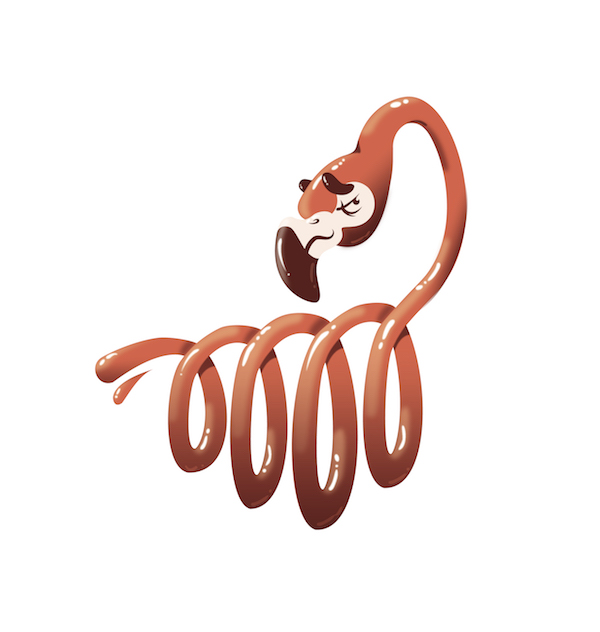 While the Russians are still sticker bombing the Kremlin and the Chinese are secretly busy with making some illegal copies of his artwork, Klok Huis (Eeklo, Belgium) is pushing the limits in illustration circles as well as animation.